The Trades District is underway to receive a new three-story parking garage – a project that was originally presented in the Certified Technology Park master plan developed back in 2013. The City of Bloomington hired Garmong Construction to manage the project under a state statute, typically called a contractor at risk, meaning the contractor carries a portion of the risk, which provides motivation to help keep the project on schedule and budget.

The new garage benefits the Trades District by increasing the parking capacity by 300%. CORE Planning Strategies, LLC, Sr. Project Manager, Josh Scism, said “That gives a much-needed boost of parking to accommodate current and targeted future technology development. A key component of any employer considering a location is, ‘can my employees park conveniently?’ Though current viral pandemics have caused extensive work-at-home and remote work scenarios, an employer investing in the district will still certainly want to ensure that parking is available for the future. Add to that, the new Trades District Garage allows such potential employers to fulfill a portion of their parking demand at the City’s garage and focus more of their development dollars into an employment space.

Aside from just parking, the first floor of the garage, 4,000 square feet, will also be dedicated to leasable commercial space and other garage amenities. The new garage is being built just west of Showers Plaza within the existing parking lot and will provide 379 parking spaces.

Prior to construction, CFC Properties and the City had to relocate a number of tenant and staff parking to temporary parking locations. CFC’s Commercial Leasing Consultant, Janda Bain, acted as an intermediate with tenants to relay parking needs to Tania Johnson, CFC’s Residential Senior Leasing Consultant, who then helped coordinate those parking needs with the City. The City agreed to temporary parking permits for CFC tenants and employees to park in the existing Trades District areas. CFC also opened up additional parking options for its staff at a nearby parking lot.

In early spring, Garmong Construction fenced the northern 2/3 of the parking lot perimeter to establish the construction zone, and restrict pedestrians and parking for safety reasons. Josh Scism, CORE Planning Strategies, LLC, Sr. Project Manager, shared that, “Numerous existing utility services were identified and, in some circumstances, rerouted to clear for excavation for the garage foundation and basement. We have been appreciative of the prompt response of those utility providers assisting the site preparation.”

The trees on the outskirt of the parking lot, along the B-Line Trail, are expected to remain.

The project required the removal of a large cooling tower serving the CFC Business Plaza at Showers. Early on in the development phase, a temporary cooling tower was installed until a new, permanent unit could be installed. The cooling tower, in simple terms, acts as a water loop system. It moves hot water over cold water (vice versa) to either cool or heat the 64,000 square foot CFC Business Plaza currently, which provides office space to 20 employers.

Week by week, construction crews continue to make headway on the project. Not to mention, “The City’s project team has had regular interaction with many CFC employees and expects that to continue. From executive project level support to daily interaction managing construction issues, the City estimates that it has interacted with approximately a dozen CFC and Cook personnel,” stated Alex Crowley, City of Bloomington’s Director for Economic & Sustainable Development Department.

The parking garage is expected to be completed by mid-March of 2021. Jim Murphy, President of CFC Properties, shared, “Although it’s inconvenient now, we’ll appreciate it that much more when it’s finished and in use.” 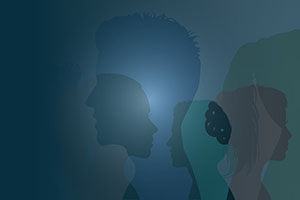 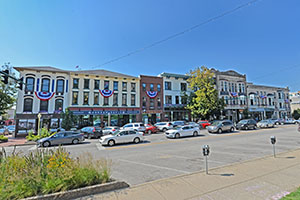